Last night at the Black River Roundtable Meeting, District Executive Keith Welge pulled me aside for a few words. Keith told me that he was very impressed with the way 236 has been conducting itself. Not only at the Klondike, but everywhere he sees us.

He said things like, “your guys are really the best,” “I was delighted to watch them perform,” “great job” and “their enthusiasm and Scout spirit is amazing.” He shook my hand and thanked me and the Troop for setting the standard for the Black River District, for doing the kind of things that make a District Executive “proud of his boys.”

Now Keith is a big man, with hands like a Soviet wrestler, so when he shook mine, I knew he meant it. I told him, of course, “Thank you” and “I truly appreciate you making it a point to say these things.” I also told him that I agree, our guys are the best, that we have the most dedicated staff of men and women and supportive parents, that I am simply lucky to have been asked to steer such a fine ship.

I told him, and many of you have heard me say this before, that Scouting can be thought of as a gift. The gift is given by parents and Scout leaders past and present, and that we have only to humbly accept the gift and then pass it along in turn, to the next generation.

Thank you all for helping, to make it look easy, with style.

Proud to be your Scoutmaster,

By the way we also just qualified for the Unit Publicity Award for being in a paper, flyer, announcement, bulletin board, website, ten times for the year,

And we have received the National Quality Unit Award for 2009, so we’ll hang the ribbon on the Troop Flag next meeting. Nice work team! 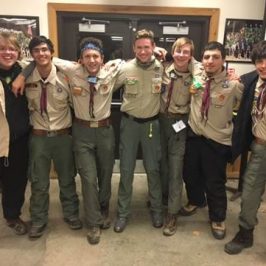 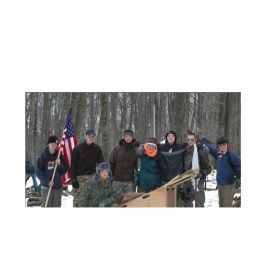